The Phosphorus Crisis: When Is It Coming, and Is There a Simple Solution? 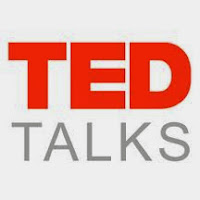 Don't believe everything you see and hear.

This statement of correction is posted in the IPNI website: http://www.ipni.net/article/IPNI-3344
Biologist Mohamed Hijri presents a very polished lecture in French on the important topic of two issues associated with the phosphorus nutrition of plants. The first is the finite nature of phosphate reserves; the source of phosphorus fertilizer, and the second is algal blooms arising from losses of phosphorus from agricultural fields.

While the lecture is well presented, certain statements are presented as fact without any reference to supporting literature. Here we point out that these statements contradict a considerable volume of published peer-reviewed scientific and technical literature

1. “There is a global phosphorus crisis, and no one is talking about it.” In recent years, there has been considerable international activity and discussion of phosphorus issues. One example is the organization called Global TraPs – the Global Transdisciplinary Processes for Sustainable Phosphorus Management, a multi-stake holder forum based jointly in Germany and the U.S. In addition, the International Fertilizer Development Center published a technical bulletin (Van Kauwenbergh, 2010) called “World Phosphate Rock Reserves and Resources” which, while highlighting the industry’s concern for finite resources, indicates that the figures used by Professor Hijri are out of date, and shows that current reserves are considerably larger, sufficient for over 300 years at current rates of extraction. The reserve figures in this publication are in agreement with the USGS (2013) publication of mineral commodity summaries. In addition, the International Plant Nutrition Institute has published a 2013 article “World Reserves of Phosphate Rock…a Dynamic and Unfolding Story” which points out that over the past decade or so there has been concern that the world would soon deplete its phosphate rock resources, and face a catastrophic phosphorus shortage; however, recent and thorough estimates of world supply indicate that a crisis is not imminent, and that we will not soon run out of phosphate rock.

2. “Peak phosphorus will occur by 2030 and all reserves will be gone by 2100.” As pointed out above, more recent published material (e.g. Scholz and Wellmer, 2013) and presentations show that this statement, usually attributed to Cordell (2009), is based on outdated reserve estimates and methodology and has been strongly criticized because it over estimates the urgency of the phosphorus supply risk. The modeling approach in the graph used to demonstrate the peak of phosphate production occurring in 2030 has also been shown to be inaccurate and unrealistic (Hendrix, 2011). In addition, Sutton et al. (2013; figure 2.9 on page 15) point out that many other important commodities, including crude oil and natural gas, and the important micronutrient zinc, have much shorter estimates for reserve life than does phosphate.

3. “Only 15% of [phosphorus fertilizer applied] goes to the plant. 85% is lost. It goes into the soil, ending its journey in the lakes.” While eminent soil fertility scientists recognize that soil reactions with applied phosphate limit its direct uptake by plants in the short term, the long term recovery can approach 90%, because phosphorus is retained in the soil in slowly available forms (Syers et al., 2008). Estimates of the global phosphorus cycle depicted in Figure 3.2 on page 23 of Sutton et al. (2013) indicate that the total transfer of phosphorus from the terrestrial ecosystem to fresh waters is considerably less than 85% of the total input of phosphorus to agricultural soils. It also indicates that much of this transfer arises from erosion, a process that carries indigenous soil phosphorus as well as that applied in the form of fertilizers. So, the actual loss of phosphorus from fertilizer is both smaller and less direct than indicated in the presentation by Professor Hijri. Industry is engaging 4R Nutrient Stewardship to reduce these losses; examples include a collection of articles under the topic of Lake Erie P Issues and a list of activities at www.nutrientstewardship.com.
4. The presentation suggests that a plant with mycorrhizae will take up 90% of applied phosphorus in comparison to the 15% taken up by plants in conventional agriculture. First, this comparison is misleading, since two factors are changing at once, both rate of application and mycorrhizal presence, and it is well known that recovery efficiencies decline as rates increase. An example of a study actually measuring change in phosphorus uptake caused by mycorrhizae is provided in Table 3 of Grant et al. (2005). Calculations from those data show that the mycorrhizal benefit to phosphorus recovery declining from 69% at low levels of P fertilization to no benefit at very high levels of P fertilization. This is a considerably smaller benefit than is implied by comparing the presented figures of 90% and 15% recovery, and does not take into account the yield losses associated with reduced levels of P fertilization. Second, the implication that plants grown in conventional crop production are without mycorrhizae is incorrect. Mycorrhizae are present in most soils when crops supporting them are grown. These crops include corn, soybeans, wheat and other cereals. Third, studies comparing plants with and without mycorrhizae in the field show much smaller increases in phosphorus uptake, often associated with lower yields. For example, research conducted near Montreal (Liu et al., 2003) showed that corn yield response to the presence of mycorrhizae was small (8%), occurring only when corn was not fertilized with phosphorus, while fertilization with phosphorus produced yield gains of up to 18%. In this experiment, fertilizing at recommended rates reduced mycorrhizal hyphae density by only 11%. Similar mutually beneficial effects of mycorrhizae and phosphorus fertilizer were shown in research conducted in British Columbia (Bittman et al., 2003). In certain low phosphorus soils of Australia, mycorrhizae have been shown to have parasitic activity, reducing the yields of crops (Ryan et al., 2005). The fertilizer industry’s 4R Nutrient Stewardship approach recognizes the value of mycorrhizae in crop production (IPNI, 2012 page 2-7). Applying the right source of phosphorus fertilizers at the right rate, right time and right place is consistent with maintenance of an appropriate level of mycorrhizae in agricultural soils.

We appreciate the recognition of the important role of phosphorus in supporting agricultural production for a future global population of over 9 billion. Industry welcomes discussion of issues associated with phosphorus fertilizer use. Improvements in the sustainability of such agricultural production depend on an accurate public perception of these issues, and thus we encourage Professor Hijri to correct the record on the four important points outlined above.

Scholz, R. and F.W. Wellmer. 2013. Approaching a dynamic view on the availability of mineral resources: what we may learn from the case of phosphorus? Global Environmental Change. 23:11-27

Posted by Rob Mikkelsen at 8:14 PM